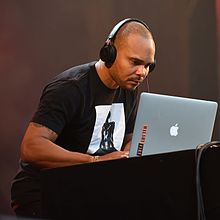 Walshy Fire who’s part of the super group, Major Lazer, explains that the thrills of the genre comes from it’s personal impact rather than units sold.

Walshy has worked with a number of notable reggae entertainers and has released his debut album Abeng, back in June. Gathering his friends from Africa and the Caribbean, the album bridges the two regions.

Previous Pogba says racist abuse makes him “stronger and motivated”
Next Koffee responds to the Obamas playlist.. “gratitude is a must”