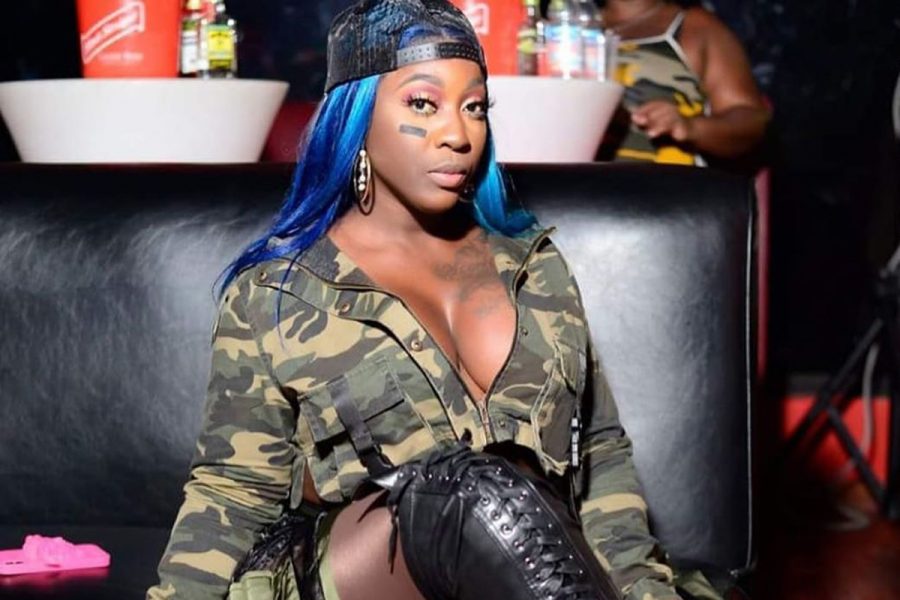 Spice
Kartel is currently awaiting the outcome on his appeal regarding his 2014 life sentence for the murder of Clive “Lizard” Williams.

Spice and Kartel have a long history of friendship which was brought to the spotlight in 2009 with their monster hit Romping Shop. In 2014 they released another hit Conjugal Visit.  Their last collaboration, Back Way, released last year has over 10 million views on YouTube.

Fans are hoping this recent visit included some business between the two friends that will result in another hit collaboration between the King and Queen of the Dancehall.

Before the cast of Love and Hip Hop: Atlanta Spice had thanked Kartel for helping her to get her first Billboard hit. She also used the forum to deny that they ever had a sexual relationship.

Rhymes, who is referred to as his go-to man looks to be in good spirits and seems to be recovering well following a shooting last December. The post already has over 5000 likes with fans sharing their admiration of the duo visiting the Worl’ Boss.

Many fans continue to call for Kartel’s freedom.

👌, another said: ”Vp#outside.” One fan summed it up with: “Loyal soldier and the queen.”

Dancehall fans continue to keep their ears to the ground in the hope that Kartel’s appeal will go in his favor and they can continue to enjoy hits from the Dancehall King.