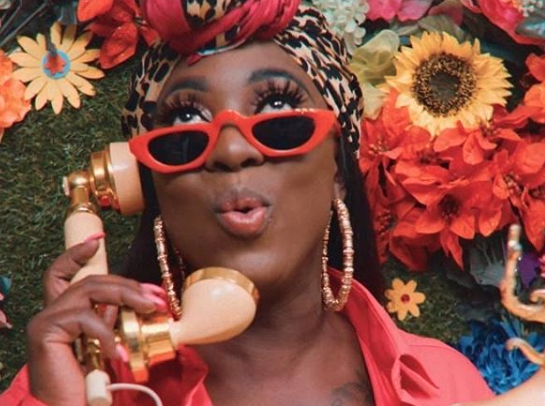 Spice surely knows how to capture her fan’s attention.

The Dancehall superstar never fails to capture the attention of her fans and she has proved it yet again with her latest release “Rolling.”

The “Queen Of Dancehall” currently has the top trending dancehall video this week after dropping her new single.

Spice released the visuals for “Rolling” on Friday, February 07, and within 6 hours, it was already No1 trending.

The video has received widespread praise from fans and critics for its creativity and imagery. This comes as no surprise as the deejay is known for her out of the box ideas and marketing.

The video quickly captures fans’ attention with its nostalgic feel, looking like something straight out of the 1950s. It features costumes reminiscent of the showgirl’s era of the 1950s, complete with throwback hairstyles.

Pulling off the look was no easy feat and Spice made sure she took to Instagram to give special thanks to “@puddonplussweet for making all the old school hairstyles and using her salon space.”

The videography is once again handled by Spice’s go-to director Xtreme Arts, who also produces the track. The two have frequently collaborated on his Cashflow label, dropping hits such as “Back Bend” and “Manage it.”

Watch the music video below.