Rick Ross is having some girlfriend drama on the Gram.

It’s no secret that Rozay was in a relationship with Briteady, but now there are some rumors of him having a relationship with Basketball Wives star Jennifer Williams. Based on whats Rick Ross‘ ex-girlfriend is now saying on IG, it’s safe to say that the stories are true. On Monday, out of the blue, Briteady went off on Williams via her IG Story, accusing her former friend of blindsiding her to get into the rap mogul’s bed.

“I swear these TV h*es sure be some low down dirty smile in your face, asks for help azz b*tches then block you when you call them out,” Briteady wrote. She later called Williams a thirty groupie before adding, “B*tches be at your crib for Christmas with your family then asking your hair stylist for the same bob hairstyle then go f**k on your ex a month later #ainnogirlcode.” 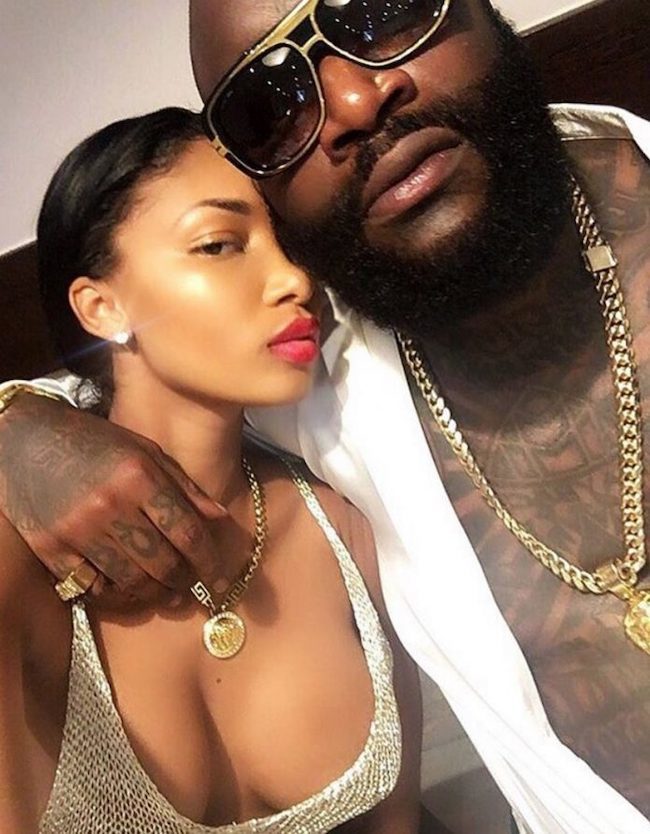 Briteady later confirmed that the female she is speaking about is Jennifer Williams and that the Basketball Wives cast member blocked her on Instagram. Her rant came just two days after Williams posted a photo of herself with a bottle of Belaire Rosé Champagne, a brand of refreshment that Rick Ross is heavily invested in.

“Rosé all day… Thank you [Rick Ross] for keeping me stocked with champagne. Who wants to drink with me?” she wrote in the caption. The MMG chief left a comment on the post saying, “Send me the original pic.”