Young Dolph wasn’t having a male fan twerking on stage during his performance.

Memphis native Young Dolph has become one of the hottest acts of the ‘Dirty South’ after a decade in the game. He has really been putting in the work in recent years, and fans got a decent collaborative mixtape between him and Key Glock to prove it. One of the standout tracks from the Dum and Dummer project is the booty bouncing, strip-club anthem quite effectively titled, “Juicy.”

The rapper released the video for the track about a month ago, needless to say, if you are a fan of thick curvaceous women, this is just the stuff for you. The video and song itself have been getting tremendous love from his fans, so naturally, you would expect the rapper to need a few ‘juicy’ volunteers to perform on stage whenever he is on tour. 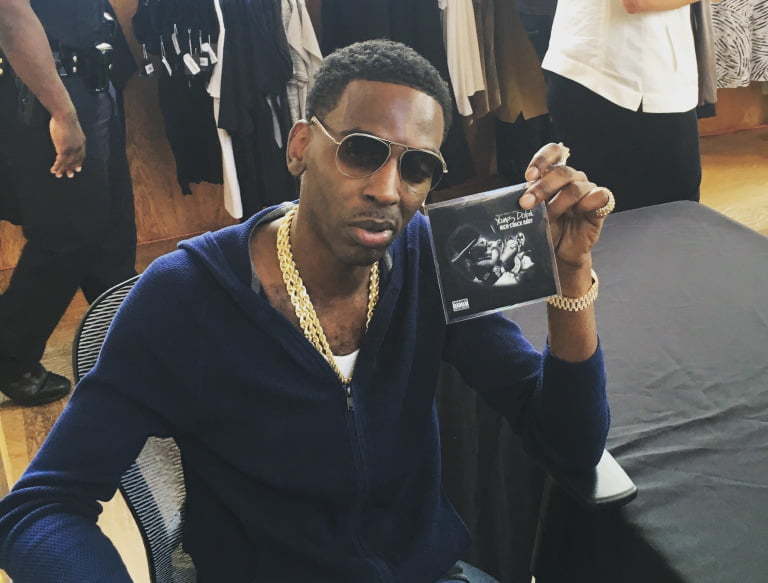 A clip has been circulating online showing Dolph performing the track as a few persons show off their best twerking skills. As we move from the left to the right, we are able to see a few beautiful ladies attempting the rump-shaking moves; however, the participant furthest to the right seemed a bit out of the equation. Why might you ask? For starters, it was the only male in the lineup, and in addition to that, he was wearing a pair of shiny booty shorts.

After a couple of seconds of the bizarre scene, Dolph finally had enough and called security to have the man removed from the stage.

A few persons have been saying that the clip seems like a gimmick and just a part of the show. However, you can take a look at the video below and draw your own conclusion.