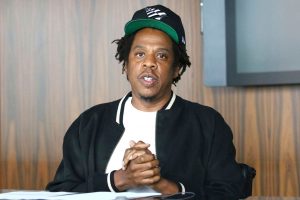 Rap and sports have always been intertwined, but JAY-Z is taking that connection to another level.

According to the New York Times, the NFL has inked a partnership with the Jigga Man and Roc Nation, which will become the league’s new “live music entertainment strategist.”

With this position, JAY-Z and his team will be asked to consult on the Super Bowl halftime show and bring in high-level talent to perform at league events.

Roc Nation will also be involved in the league’s key social initiatives.

The national anthem protests and subsequent collusion case have left the NFL with a black eye in the court of public opinion.

Boycotts from people on both sides of the Colin Kaepernick debate resulted in a drop in TV ratings, and some artists refused to associate themselves with the NFL in solidarity with Kaepernick.

It’s also worth noting that JAY-Z has been one of Kapernick’s most vocal supporters in recent years. In his new role, JAY-Z will be heavily involved in the league’s social justice campaign, the “Inspire Change” initiative.