Koffee Teams Up With J Hus For “Repeat” 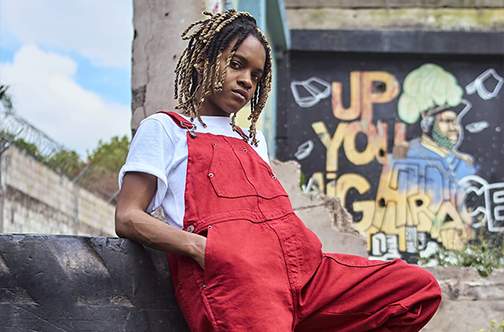 Koffee has teamed up with J Hus for his new single “Repeat.”

The Grammy-winning Reggae superstar is currently riding high on the UK charts following the release of the track.

The single, which is featured on J Hus’ new album, Big Conspiracy, has been receiving significant praise since its release.

The standout track sees Koffee’s vocals dominate as she handles both verses while J Hus is limited to the chorus.

Since its release music insiders have praised Koffee’s lyrical prowess, claiming the single could be set for big things.

The song was singled out for special praise by several UK newspapers such as The Guardian.

“This rich, low-slung collaboration couldn’t be further from the clout-baiting neediness that has come to underpin most high-profile collaborations. Instead, the oaky-voiced Hus dabbles in a little French then cedes the floor to his partner, who shows off her lovely, melancholy singing for the first time,” Guardian writer Laura Snapes wrote.

British music review trio SixShades was also quick to heap praise on the Jamaican, marveling at her lyrical prowess.

“Koffee is the one. She is really sick in this music. She just plays her role and she just bangs it,” one member declared.

“She distinguishes on anything that she does. She never has a bad verse. Obviously fire. J Hus should have got a verse though; on his own song,” another member pointed out.

Since its release under two weeks ago J Hus’ Big Conspiracy has stormed to the top of the British music charts.

On social media, numerous fans have called for the rapper to shoot a video for the track, claiming it has great potential.