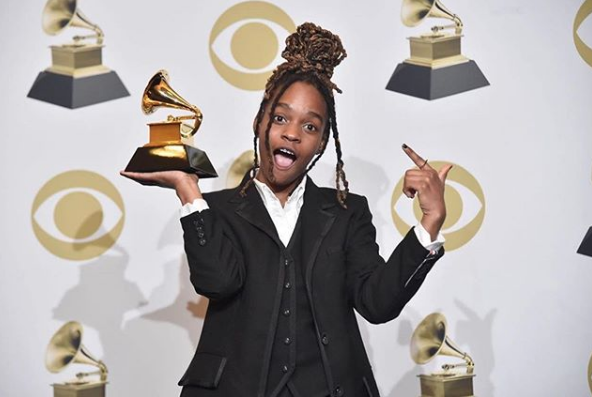 Koffee is getting all the love from her fellow Jamaican entertainers.

The Grammy-winning Reggae star has been showered with tributes from fellow entertainers following her historic win.

Numerous Dancehall and Reggae superstars have taken to social media to praise the “Toast” star on her achievement.

Spice was one of many to shout out the teenaged star by posting a picture with her along with a lengthy caption.

Ding Dong paid tribute by sharing a photo with Koffee while quoting his own lyrics saying, “SEH SHE WAH LISTEN SOME KOFFEE AND CHRONIXX…CONGRATS ENUH WELL DONE.”

The praises did not stop there as fellow Grammy winner Sean Paul also posted a pic of the star saying “Congrats an big up yuhself.”

On Sunday Koffee made history by becoming the first female solo artist to win an award for Best Reggae Album. She also became the youngest ever winner in the category at just 19-years-old.

After winning the prestigious award Koffee proceeded to thank her producers and everyone involved in her “Rapture” EP. She also paid respects to the other nominees, saying they paved the way for her.